By flossing daily, you can help keep your mouth and gums healthy. If you are experiencing pain or discomfort while flossing, you are probably flossing incorrectly. Make sure to avoid the following common flossing mistakes listed below. 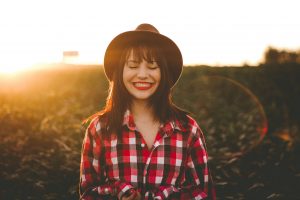 Proper flossing is an essential part of maintaining a healthy mouth. Dentists recommend flossing at least once a day to remove plaque in areas between the teeth that are difficult to reach with a toothbrush. Flossing is just as beneficial as brushing when it comes to preventing the buildup of plaque, cavities, and gingivitis. Plaque that is not removed from teeth can eventually harden into tartar. This tartar will eventually work its way into the gums. By flossing daily, you can help keep your mouth and gums healthy. If you are experiencing pain or discomfort while flossing, you are probably flossing incorrectly. Make sure to avoid the following common flossing mistakes:

Only Flossing Part of the Tooth

When flossing, be sure to curve your piece of dental floss in the shape of a “C” around one side of your tooth and then scrub. Next, reverse the “C” shape and scrub the opposite side the same tooth. Many people make the mistake of only flossing one side of a tooth, or they simply “saw” the floss between teeth. This prevents the removal of plaque from between the teeth.

If you have two teeth that sit tightly together in your mouth, you should avoid forcing a piece of floss between the small space. If you force or snap the floss into the congested area, the floss can cut your gums, resulting in bleeding and sore gums. The proper way to move floss in between tight spaces is to gently saw the piece of floss between the teeth and slowly enter the tight area.

When you switch from one tooth to another, it is important to move the floss in your hands to an unused spot. Floss removes plaque by scraping it off of your teeth and catching it on the string. If you use the same area of floss for the next tooth, you can transfer plaque from the string to the area you are trying to clean. You can actually add plaque you already removed to a new area in your mouth.

Be sure to avoid these common mistakes when flossing and maintain a routine schedule of flossing at least once a day to keep your smile healthy and confident. If you have concerns about flossing or would like to schedule a routine checkup with your Longmeadow dentist, make an appointment today.

We are excited to announce the arrival of our new Surgically Clean Air hospital-grade air purifiers! These units have been installed in every treatment room and allow us to add yet another layer of protection to keep our patients and staff safe. We are proud to do our part in making your dental visit a safe and comfortable experience!