Washington, who always treated his dental troubles as a state secret, was mortified to learn that a mail packet that included a personal letter requesting dental cleaning tools had been intercepted by the British. 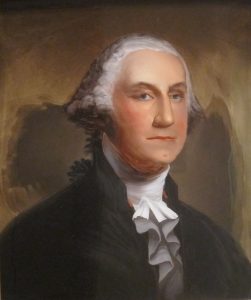 As the 4th of July rolls around, you may not realize that the teeth of our nation’s first president and commander in chief during the American Revolution, George Washington, played a role in the defeat of the British.

According to the website “George Washington’s Mount Vernon“, Washington’s dental troubles helped to mislead the British army in 1781.

From the site:
“Washington, who always treated his dental troubles as a state secret, was mortified to learn that a mail packet that included a personal letter requesting dental cleaning tools had been intercepted by the British. Washington’s letter to his dentist pointed out that he had “little prospect of being in Philadelph. soon..” and that the tooth scrapers should be sent to him outside New York by mail.

When Sir Henry Clinton, commander of the British forces in North America, saw this personal letter he was convinced that the other official military correspondence within that same intercepted packet must be genuine. Even worse for Clinton and the British, the contents of the packet and Washington’s claim that he would not be in Philadelphia anytime soon convinced the British high command in New York that the American and French forces encamped around New York City would not be marching south to threaten Lord Cornwallis’ isolated command near Yorktown. What Clinton did not know was that Washington and Rochambeau had just planned out their movement south to trap Cornwallis at Yorktown. Clinton’s failure to more rapidly reinforce or rescue Cornwallis led to the complete British defeat at Yorktown on October 19, 1781.”

We are excited to announce the arrival of our new Surgically Clean Air hospital-grade air purifiers! These units have been installed in every treatment room and allow us to add yet another layer of protection to keep our patients and staff safe. We are proud to do our part in making your dental visit a safe and comfortable experience!