Why do winning athletes bite their medals?

“Why do the Olympians bite their medals during photo opportunities?” Are these athletes in need of some extra minerals in their diets?

Why do winning athletes bite their medals? 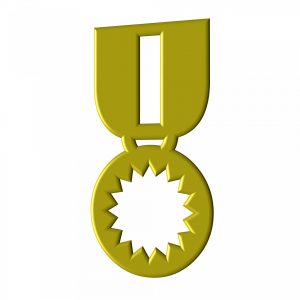 You see it day in and day out now that the Olympics are in full swing. Everyone taking a chomp out of their medals. So it makes you wonder, “Why do the Olympians bite their medals during photo opportunities?” Are these athletes in need of some extra minerals in their diets?

It’s probably because it’s expected. In fact, photographers most likely ask them to do just that as they snap away. It’s become as commonplace as appearing on the Wheaties Box.

But what brings about this strange practice in the first place?

Well, in olden times, when coins were actually made of precious metals, folks would bite into a coin to test its authenticity. Some dishonest people would create fake coins and this was one way to see if the coin contained the required precious metal, such as gold, which happens to be very soft and can be dented by biting.

You see, gold scores a 2.5 on the Mohs scale of mineral hardness, a comparable scale of measure that relates pairs of materials according to which one will scratch the other. Tooth enamel happens to be harder than gold and thus would leave a noticeable mark on a gold coin, for example. Enamel scores a 5 on the scale, harder than gold.

Now, the gold medals won by top-ranking athletes aren’t actually made of pure gold — they’re alloys. In fact, gold medals haven’t been made of solid gold since the 1912. The gold medals this year consist of just 1.34 percent gold while the rest of the medal is 93 percent silver and 6 percent copper. One athlete in 2010 actually broke a tooth trying to bite into his silver medal. Much harder than gold, silver is not a metal that you want to sink your teeth into!

Should you bite into something that has a higher Mohs scale rating than your teeth, the experts at Longmeadow Family Dental Care stand at the ready to help you regain your winning smile. Just give us a call!